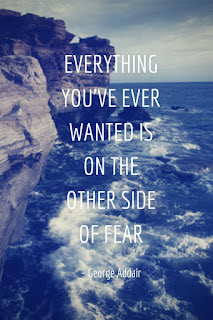 I saw this quote today, and it really hit home.  I've been working a bit on something new that has been nudging the edges of my psyche for a while.  But, it scares the pants off me.  One, it is not like anything I've ever written.  Two, it is pretty personal.  Three, it might totally suck!  I've been trying to fight through that fear and press on so when I saw this quote, it was like an aha moment telling me to just keep writing.  I'm sure it will be a "shitty rough draft" in Anne Lamott's words, but such is life.  Perseverance pays, so they say, and I agree.  If at first you don't succeed, try and try again...

I'm curious...do you find fear is a driving force in your writing?  If so, is it the fear of starting something new? The unknown? The outcome of what happens when the writing and editing is complete?

It is all of the above for me I think.  At least, it is when I over think.  I find I do much better when an idea germinates briefly and springs into my mind, flowing out on paper.  This is probably easiest with the children's picture books I've written, at least for that first rough draft.  But that does give me something with which to work.  It seems to be the longer books that paralyze me once I reach a certain point and am not sure how best to proceed.  Last night, I dreamt of a wall type picture board with various colored sticky notes all over it (those that know me well know I LOVE sticky notes), so I think this is my subconscious helping me figure out how to start getting to the other side of fear on this particular WIP.  Once created, I will post a picture of my sticky note poster board of ideas:)

I'd love to hear how you fight through and past the fear that can grip you or ignore it and press on if able.

Writing to an editor’s specifications is the first hurdle that any writer must clear on the track to publication.
Yet we hear repeatedly from editors that the majority of manuscripts they receive do not match their guidelines and specifications.
That’s a huge waste of time and energy for both writers and editors.
Writing contests also have exact specifications, and that’s why we encourage all writers to enter contests as often as they can. Contests are excellent professional training experiences.

Get published and read by others
A winning entry can get you published, and often some healthy prize money too.
The winning entries in this Early Reader Mystery Writing Contest will be announced in a September eNews newsletter, which we will email free to all entrants.
In addition, we will publish the winning entries on our website.

Win one of five cash prizes
The contest offers five cash prizes: $500 for the winner, $250 for second place, and $100 for third, fourth, and fifth places. These alone are a lot of good reasons to write and enter.
To enter our Early Reader Mystery writing contest, submit an original, unpublished early reader mystery story, of 700 words or less. Early readers are defined as ages 5 to 7, children beginning to read entire stories on their own, stretching their recognition of words and concepts, but likely to need some assistance from an adult. Entries should not be for reading by an adult to a child.
Submissions will be judged on story line, characterization, and freshness, but also on structure, grammar, and ultimate publishability. Mysteries should be well-constructed, and have a strong point-of-view character. The mystery must be one that an early reader can grasp and potentially solve: It must be age-appropriate.


The contest rules are important. Please read them carefully.
Now warm up your computer and write a mystery for early readers—and win $500.00!
Above all—have some fun with this contest. Good luck.
Entries are submitted online
We have developed a safe and secure web page for your contest entry and manuscript submission. It is easy to use.
When you have your manuscript ready, you will submit your entry and reading fee at the same time. Please click here to continue to the entry page on our website.
You will first be directed to the section requiring the pre-payment of a $15 reading fee. The submission of the manuscript entry will follow the payment of the entry fee.
Receipt of your entry will be acknowledged by email.

Do you ever think of those special seeds of ideas which seem to pop out of nowhere as magic dust?  Seems silly, but I often have these random ideas that float in from out of the blue and start working "magic" in my brain--or try to when I give them the time to germinate and do so.

Today, I was reading a few chapters in Chicken Soup for the Soul: Inspiration for Writers.  One of the chapters started with a quote by William Bernbach which stated, "an idea can turn to dust or magic, depending on the talent that rubs against it."

So true, so true; however, I would argue persistence and perseverance are also at play in the development of "magic" in our writing.  Don't get me wrong...one must certainly have talent.  However, all the talent in the world won't necessarily help if one isn't persistent in one's perseverance to write and create the stories which others find "magical."

As was also stated in this chapter, "magic seeks a willing heart."  The chapter (The Magic Wand: Making Time to Write) was written by Harriet Cooper though it appeared this quote was attributable to someone else though was unclear whom.

This quote spoke to me on many levels.  As a writer, one must be able to be strong of mind and persistent in pursuing this writing path in the face of all the daily stressors and detractors...one's heart must be open to the ideas which come, to letting those ideas fester and grow into the words, sentences and stories we create to provide the "magic" for both the writer AND the reader.  It is this reader's magic that initially made me want to be a writer.  I loved (and still do love) nothing more than to get lost in the pages of a story, to become someone else and live in that character's magic for just a little while.  It is this that drives me to create my own "magic" for someone out there, my readers, to want to get lost in the pages of my stories.

Having said that, it certainly does take a willing heart (and committed and determined mind) to clear the chaos of life, even for just a little while and to be willing to utilize all those little moments of time and see and use the ideas to create the magic for both writer and reader alike.

If you are so inclined, I would love to hear how you turn ideas into magic for your reader.
Posted by Karin Larson at 6:00 AM 4 comments:

Thank you to all who voted!  4RV Publishing met the required votes and will be considered for a small business grant from Mission Main Street Grants. WOO HOO!
Posted by Karin Larson at 4:46 PM No comments:

I rarely post requests, but I have a quick favor...Would you consider helping with the following:

4RV Publishing, the small, award-winning Oklahoma-based publisher of my children's picture book, Bedtime Kisses, is working at a chance to receive a $100,000 small business grant, which would give it a huge boost. (Mission Main Street Grants is the donor organization.)

To move on to the next phase, 4RV needs 250 votes by June 5, this Friday. They are in the final push and still need roughly 100 votes on my last update.


Would you be willing to log in and vote for 4RV? Here’s the url:
https://www.missionmainstreetgrants.com/vote/businesses

Just enter “4RV” in the search box. To vote for it, you need to log in to Facebook--they have the FB log-in right there on the same page. You don’t have to navigate to a different url.

It should take you no more than one minute, really!

Well, the school year has come to a close and summer is quickly approaching.  Now comes the challenge of finding the new normal of my writing life with kids underfoot, friends about, baseball games and summer craziness all around.

Despite the chaos, ideas seem to be everywhere.  My mission is to listen to the voices, cultivate the ideas and turn them into a productive WIP.  I'm sticking with my intention of trying to write first thing before anything else each day...time will tell how productive I can be and what I can create, but I aim to make this my most productive writing summer yet!

Join me and write... 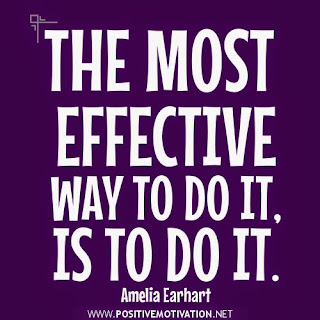 Posted by Karin Larson at 6:00 AM No comments: